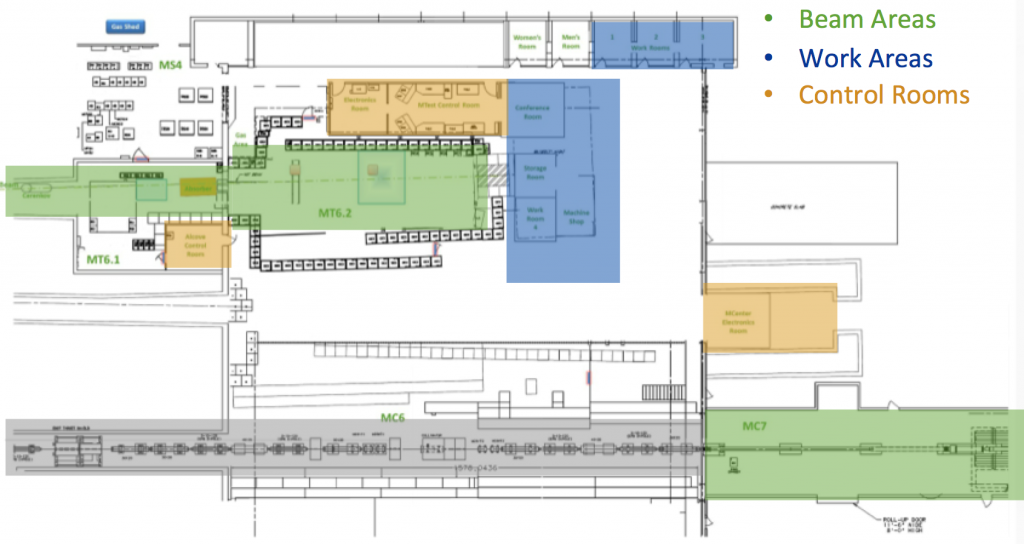 The MT6 areas are the most commonly used. They have all of the features in facility infrastructure and all of the instrumentation available to them. The primary beam consists of high-energy protons (120 GeV) at moderate intensities (~1-300 kHz). This beam can also be targeted to create secondary particle beams of energies down to about 1 GeV, consisting of pions, muons and/or electrons.  Experiments in these areas typically turn over on a weekly (1-4 weeks) basis.

The MC7 areas are purposed more towards long-term experiments with a turnover rate of months or even years. This beamline has the same secondary particle beams as MTest, but has the added capability of a tertiary beam line. The tertiary beam line can produce pions and/or protons down to energies of 200 MeV. Most of the same facility infrastructure and instrumentation are available, but there are some logistical exceptions.